This game is in FINAL PLAYTESTS for the 1st Edition, the final iteration of the game. 1e is a condensation and final streamlining of all the versions past. Talk about the game, play or run games, and provide feedback to the official Gubat Banwa Discord. Learn about what being in early access means below.

“Violence for violence’s sake is not the rule of beasts but the nature of divinity.”
Gubat Banwa is a game of rapid kinetic martial arts, violent sorcery, heartrending convictions and bouts of will. Warriors that channel gods face sorcerers that master black arts, martial artists who have unlocked a new form of cultivation clash swords with those that perfect the night alchemies.
When the crocodile’s teeth are cast, convictions are unsheathed, and steel sparks: the Umalagad must declare that: “The river of life ever flows! Rejoice in the glory of combat!” and they enter violence

GUBAT BANWA is a Postclassic Fantasy Martial Arts TTRPG intensely inspired by the refulgent and diluvial cultures and stories of Southeast Asia. It is intended to be played by 1-6 Players. 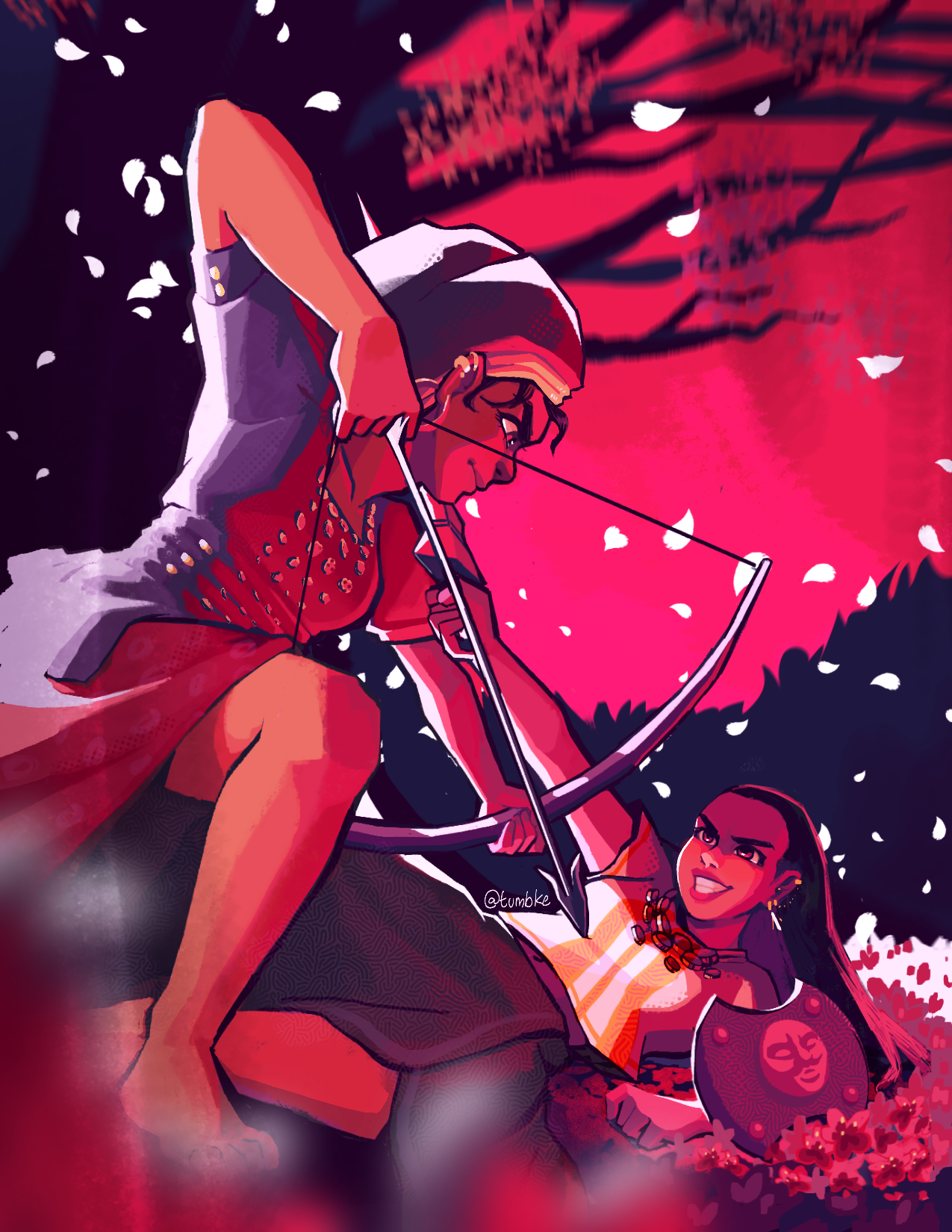 You play as Kadungganan, the elite warrior-braves who enjoy prestige and regard oftentimes higher than their noble counterparts. As a Kadungganan, your hands are bloody, your soul flecked by violence, and you must find a reason why you fight. 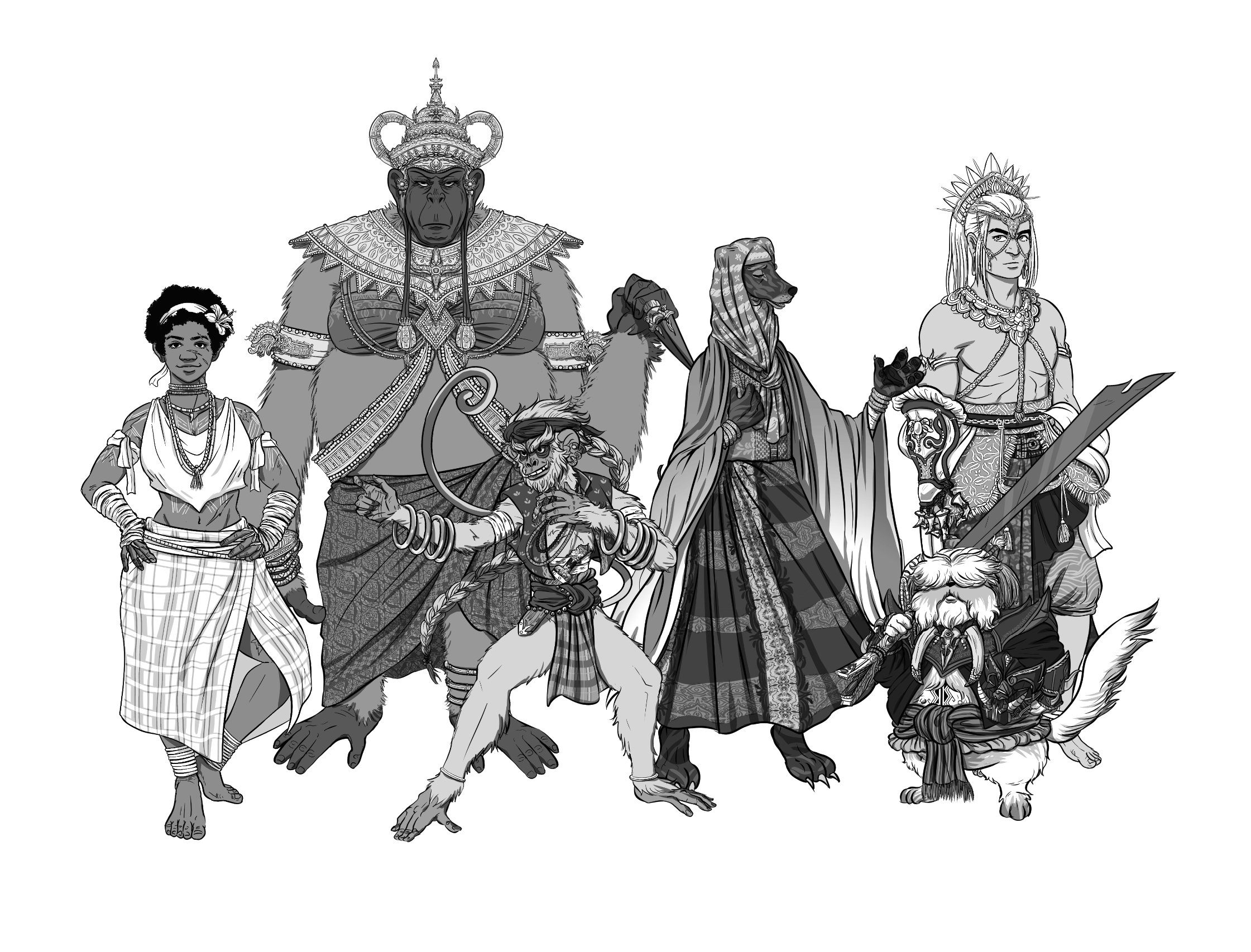 Engage in Martial Arts Tactics by Final Fantasy Tactics, Tactics Ogre: Let Us Cling Together, Fire Emblem, and Dungeons and Dragons 4e, placing great emphasis on team roles, ability synergy, positioning, the joy of movement, and emergent strategy. It also boasts a huge amount of build variety for all those that wish to create interesting mechanical interactions!

It is war drama because it is is not about delving into dungeons, getting loot and money and getting stronger. It’s about being forced to kill your closest loved one in the middle of a blood-stained sea in the midst of a storm because they serve a datu that blasphemed your sultan. As a war-drama roleplaying game, expect an emphasis on relationships with other warriors, with your loved one, and intense interpolity politics with the other polities. Gubat Banwa expects you to play into these melodramas: sons having to kill their fathers for defecting to an enemy polity, daughters having to flee to the mountains to escape misogynistic responsibilities, loved ones killing each other slowly due to orders and/or emotions, best friends dueling at the top of a mountain in the midst of a storm as their ideologies bring them to a head. 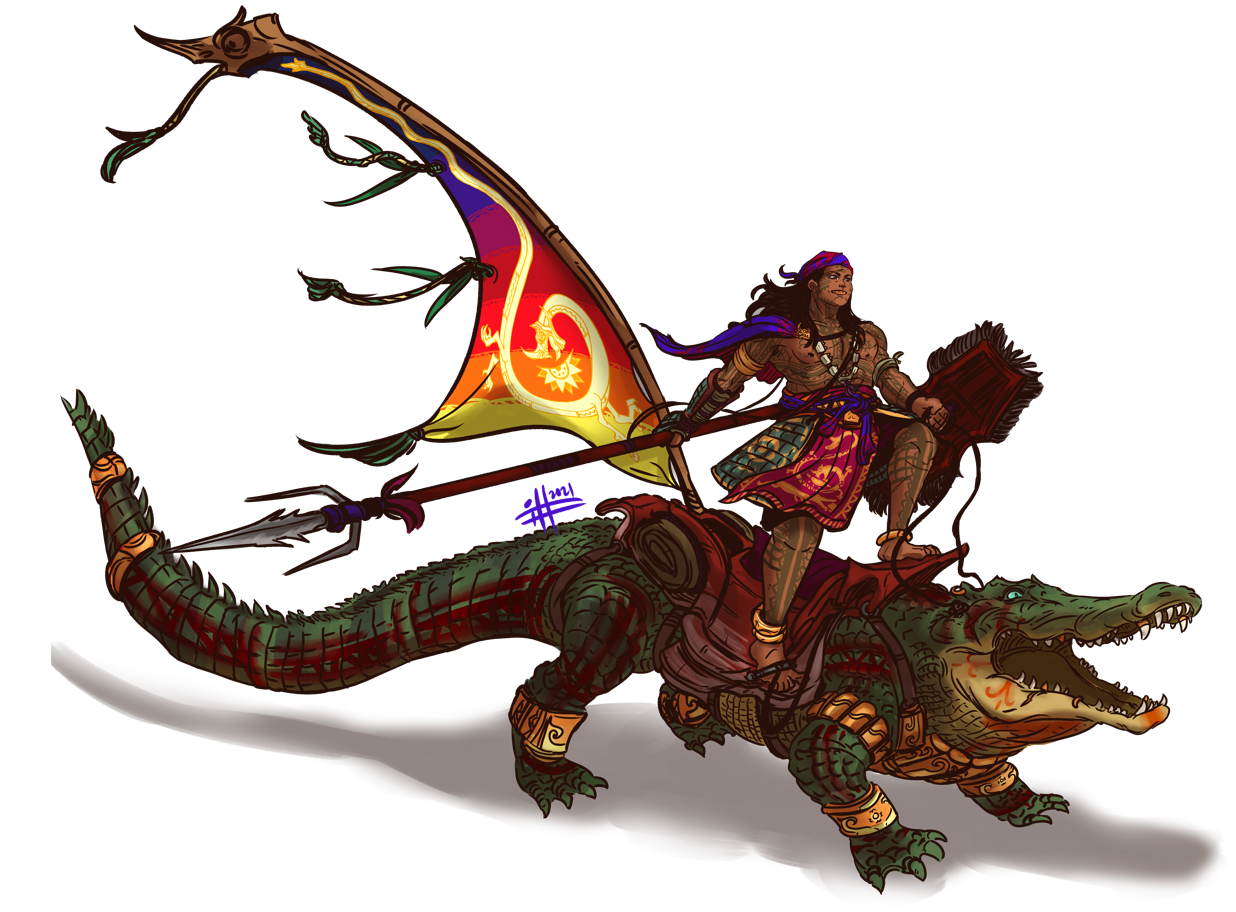 This game is made for war stories, the likes one would see in Final Fantasy Tactics and Tactics Ogre.  It’s about being forced to kill your closest loved one in the middle of a blood-stained sea in the midst of a storm because they serve a Datu that blasphemed your Sultan. War Drama narrative mechanics make sure that violence happens inevitably, in one way or another, all threads intertwining and coming to a head with tactical combat. 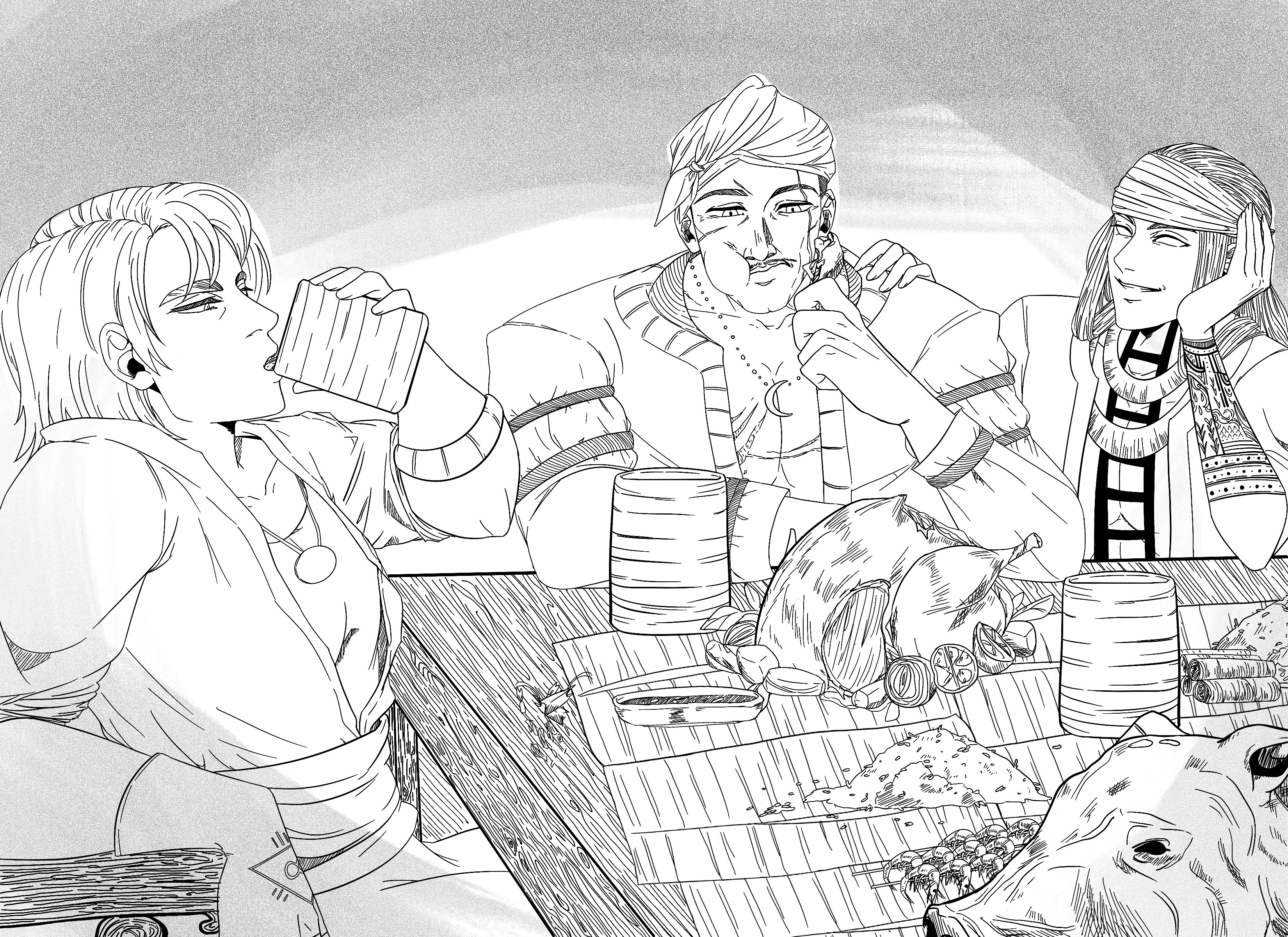 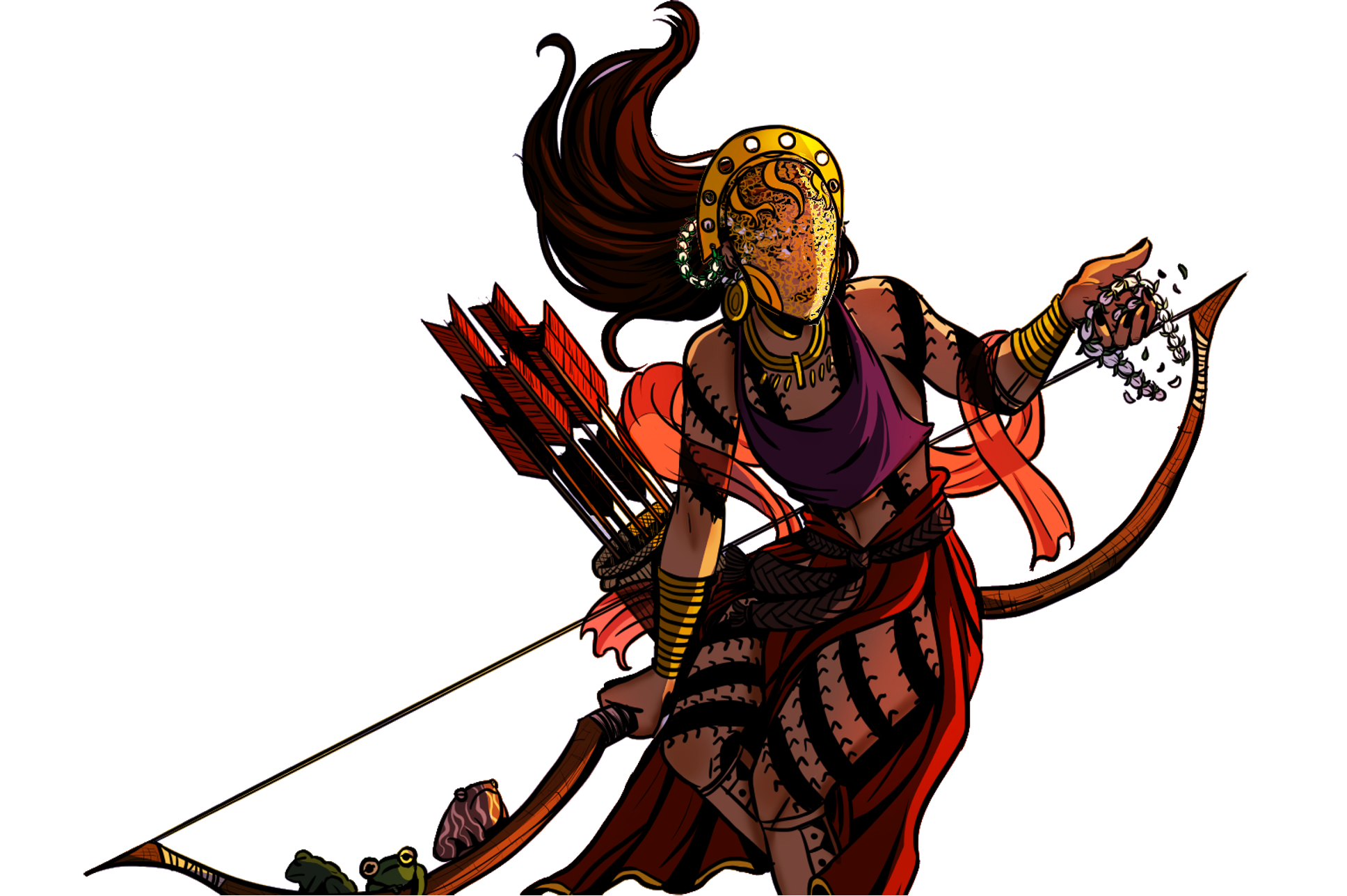 If you wish to dive deeper into the lore and setting of Gubat Banwa, consider checking out Stars Without Brightness, a a Fantasy novel set in Gubat Banwa, following a skilled spirit medium, a hotheaded warrior, a rebellious prince, a princess turned flesh-eater, a revived swordsman, and a passionate monster in their quest to fulfill orders and duty, facing the truth of war and violence. 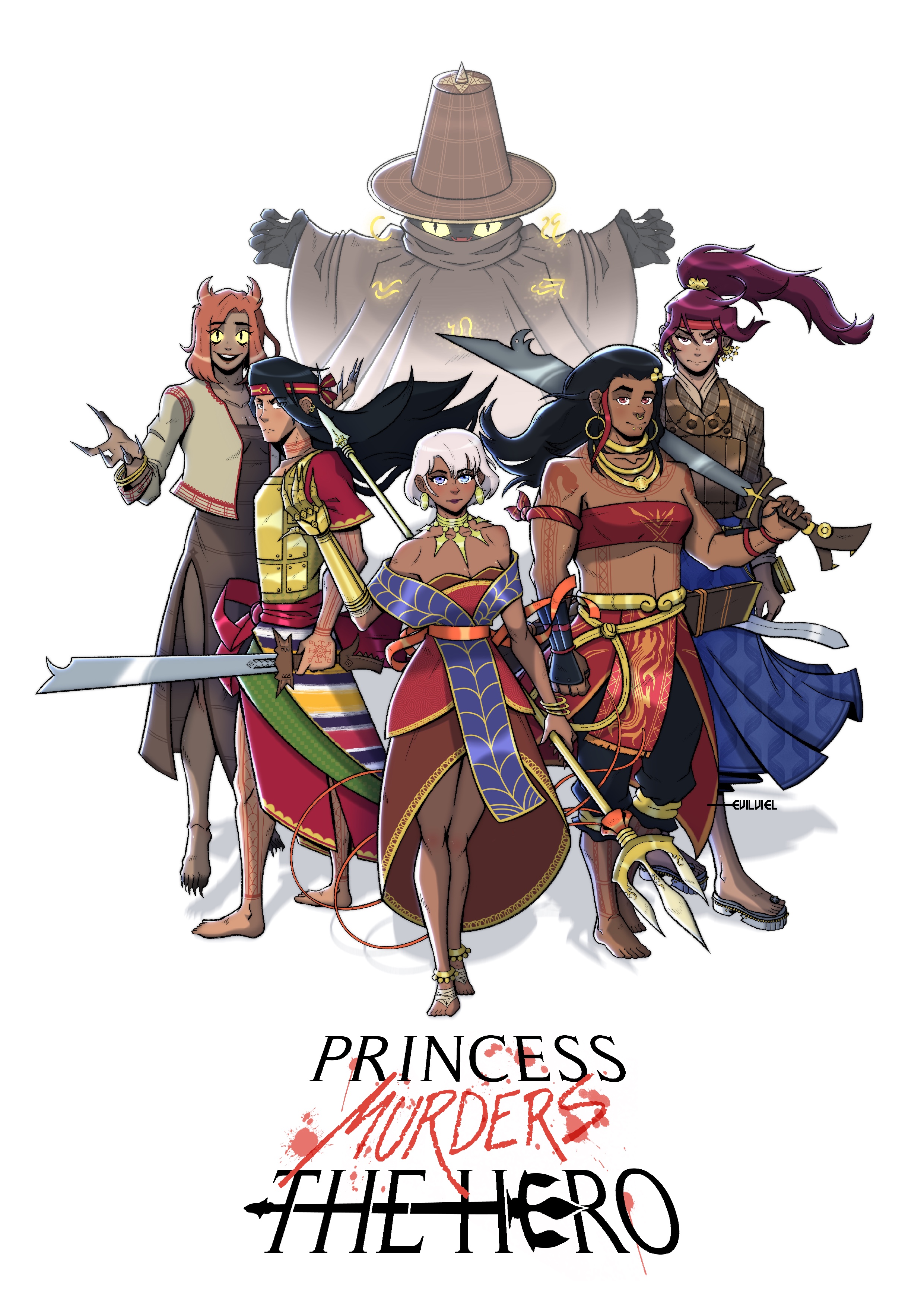 If you want a free and beginner friendly entry into the lore, consider the free web serial: PRINCESS MURDERS THE HERO. PRINCESS MURDERS THE HERO is a free web serial inspired by Philippine Folk Epics and wuxia, featuring larger than life mortals that must prove their conviction, slick fight scenes, complicated relationships, and a violent world inspired by Precolonial Philippine culture and religion. If you liked Raya and the Last Dragon, The Raid, Warrior, RF Kuang’s The Poppy War or Kill Six Billion Demons, you’ll probably enjoy this. 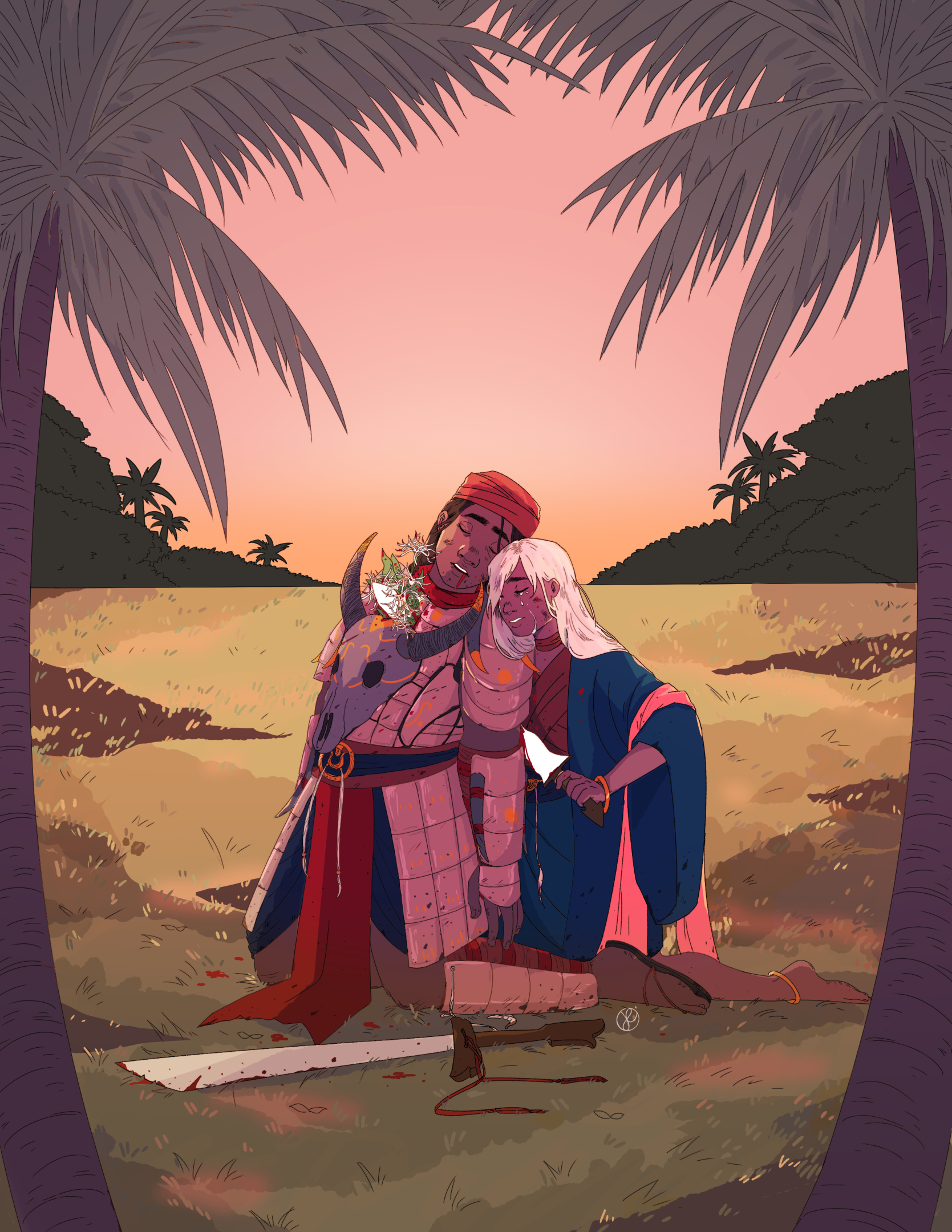 In order to download this TTRPG you must purchase it at or above the minimum price of $20 USD. You will get access to the following files:

Support this TTRPG at or above a special price point to receive something exclusive.

If you don't or can't buy the game right now, you can still grab a free copy below and download everything to run on your own! Feel free to join the Discord as well!

It's maybe a few update off from the current version, but did you know there's a review video on this RPG? Go check it out!

The arts are gorgeous!

Will this have a book or zine in the future? Does the fee here cover that if so?

Hello! As much as we want to publish this physically it seems unlikely due to current circumstance, so the fee here is for the PDF only. We might have a book in the future but we don't know when currently. Thank you so much!

Can you play this game if you're not Filipino? I love the concept and would love to run it, but I'm indian and fear that I wouldn't know enough about the setting and history to run it right.

Also: is it setting agnostic?

Hello! Yes I would love for Non-Filipinos to play this and I encourage it. You don't really have to worry about the Setting and History since this is a Fantasy setting first and foremost! As long as you're having fun with the combat and potentially engaging in melodrama, and thriving in the Southeast Asian aesthetic, you're running it right.

Unfortunately it isn't setting agnostic but it is very easy to refluff, and making your own settlements and places is encouraged. Thank you so much!

This game is wonderful, genuinely one of the most creative and compelling ttrpg's I've ever seen. I'm so excited about it, and deeply appreciate how interwoven crafts are with the rest of the gameplay. I'm doing research so I can run a one-shot for friends, and I can't recommend picking this up enough - I found it in the Bundle For Palestine, but I'm going to be buying at least one extra copy when I have spare income, both to provide it to a friend and also just to support this incredible undertaking.

It's ludicrously cheap, and should not be missed out on. Some of the most inventive and exciting combat mechanics I've seen in ages, that are so vivid and striking in how they are portrayed and in what they do that I am easily able to picture the flow of combat as though it were a fighting game, or any of the action scenes in the more cinematic listed inspirations.

Genuinely think that even in a beta state, this game is worth another $15 on the listed price. A 295 page book with gorgeous illustrations, crisp and readable layouts, and also diagrams - I very much appreciate those on a cognitive accessibility level!

The only feedback I have on that, is that it can be quite difficult to read pure white text on max black boxes, and that the description of Blast is a little confusing for me as written.

I also have to applaud the way this game depicts violence. It's poetic and tragic and beautiful and recognizes the power that violence can have to be liberatory even as it is often devastating.

Wow, thank you so so much for your kind words! I appreciate your insights! I've done something about the black boxes and tried to clarify the wording on Blast as well. Thank you again and I hope you enjoy the game!

The changes have helped a TON, thank you so much!!

In your file "Songs for...", at page 42, I suggest you to change the name of the special ability into something like: Powerless / Paralyzed or Disabled Doll Skewering. I'd avoid paralytic.

Ooh that makes sense, thank you! 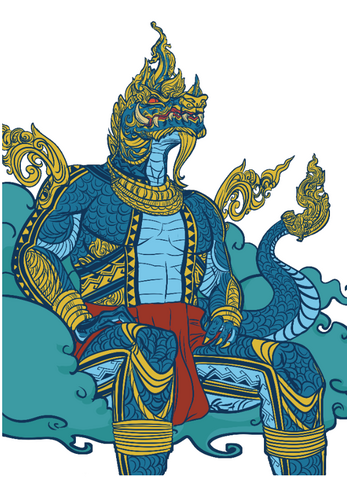 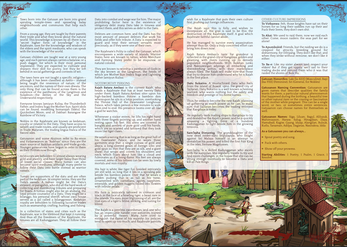